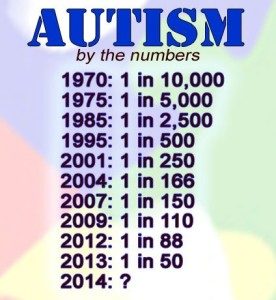 What is autism spectrum disorder?

Autism spectrum disorder (ASD) refers to a group of complex neurodevelopment disorders characterized by repetitive and characteristic patterns of behavior and difficulties with social communication and interaction. The symptoms are present from early childhood and affect daily functioning.

The term “spectrum” refers to the wide range of symptoms, skills, and levels of disability in functioning that can occur in people with ASD. Some children and adults with ASD are fully able to perform all activities of daily living while others require substantial support to perform basic activities. The Diagnostic and Statistical Manual of Mental Disorders (DSM-5, published in 2013) includes Asperger syndrome, childhood disintegrative disorder, and pervasive developmental disorders not otherwise specified (PDD-NOS) as part of ASD rather than as separate disorders. A diagnosis of ASD includes an assessment of intellectual disability and language impairment.

ASD occurs in every racial and ethnic group, and across all socioeconomic levels. However, boys are significantly more likely to develop ASD than girls. The latest analysis from the Centers for Disease Control and Prevention estimates that 1 in 68 children has ASD.

What are some common signs of ASD?

Even as infants, children with ASD may seem different, especially when compared to other children their own age. They may become overly focused on certain objects, rarely make eye contact, and fail to engage in typical babbling with their parents. In other cases, children may develop normally until the second or even third year of life, but then start to withdraw and become indifferent to social engagement.

The severity of ASD can vary greatly and is based on the degree to which social communication, insistence of sameness of activities and surroundings, and repetitive patterns of behavior affect the daily functioning of the individual.

Social impairment and communication difficulties
Many people with ASD find social interactions difficult. The mutual give-and-take nature of typical communication and interaction is often particularly challenging. Children with ASD may fail to respond to their names, avoid eye contact with other people, and only interact with others to achieve specific goals. Often children with ASD do not understand how to play or engage with other children and may prefer to be alone. People with ASD may find it difficult to understand other people’s feelings or talk about their own feelings.

People with ASD may have very different verbal abilities ranging from no speech at all to speech that is fluent, but awkward and inappropriate. Some children with ASD may have delayed speech and language skills, may repeat phrases, and give unrelated answers to questions. In addition, people with ASD can have a hard time using and understanding non-verbal cues such as gestures, body language, or tone of voice. For example, young children with ASD might not understand what it means to wave goodbye. People with ASD may also speak in flat, robot-like or a sing-song voice about a narrow range of favorite topics, with little regard for the interests of the person to whom they are speaking.

Repetitive and characteristic behaviors
Many children with ASD engage in repetitive movements or unusual behaviors such as flapping their arms, rocking from side to side, or twirling. They may become preoccupied with parts of objects like the wheels on a toy truck. Children may also become obsessively interested in a particular topic such as airplanes or memorizing train schedules. Many people with ASD seem to thrive so much on routine that changes to the daily patterns of life — like an unexpected stop on the way home from school — can be very challenging. Some children may even get angry or have emotional outbursts, especially when placed in a new or overly stimulating environment.