“I’m doing great heart-wise. I get a complete stress test once a year, and those have gone well. I have stents in two arteries, and they are holding up. My other arteries haven’t shown any additional clogging.”

Alberto Salazar   (born August 7, 1958 is an American retired long-distance runner. Born in Cuba, Salazar emigrated to the United States with his family.)

A stent is a wire mesh tube that is used to help hold open an artery. To simple understanding this concept think of a plumber or a mechanic. With a plumber sometimes they have to replace a certain area of a pipe that connects the water or like a mechanic replacing a certain area of piping (like the muffler piping connected infront of the muffler than can either can be replaced or just welded with piece of piping welded just to save money. Well a stent opens the artery that was clogged and its put in that place to reinforce that area of the artery to remain open to allow blood to get to that heart from that coronary artery and it will stay there life to keep the artery permanently patent to prevent the blockage from happening again with the synthetic mesh piece.

There are variety of stents currently available.

For a surgeon to find out if you even need one, first usually a angiogram is performed and this is a catheter simply from the femerol artery or from your arm to the coronary arteries. If the MD sees you show a blockage 80% or more an angioplasty is performed which is a balloon at the end of this catheter that blows up and decompresses to give the effect like punching gloves. The balloon inflates and deflates over and over again till the blockage breaks open free and then a stent is put in that area to help keep it open permanently (patent).

Some stents have been compressed onto the outside of an angioplasty balloon catheter and delivered by inflating the balloon in the desired location. Other stents are “self- expanding” spring-loaded devices, which expand automatically upon deployment.

Stents remain in arteries permanently. The tissue lining the arteries actually grows over the metal mesh to cover the inner lumen of the stent.

Stent procedures have become very common like tonsillectomies were in childhood. Stents are sometimes used as an alternative to coronary artery bypass surgery, if the patient is a candidate. Stents are often used in combination with balloon angioplasty. One leads to the other depending on what the angioplasty displays for the surgeon on the T.V. in when they are doing the procedure and if the come up to a blockage high enough to perform the angioplasty followed with a stent it will be done.

Learn more about stents this weekend in PART 2.

“Not everyone is equally likely to engage in the blame game, but there is little scientific research to advise us on who is most likely to do so. We can, however, define a dimension of blame-acceptance by adopting a few simple principles.” 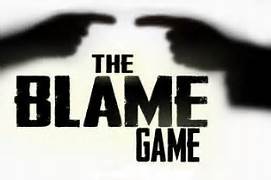 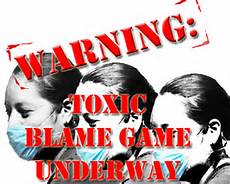 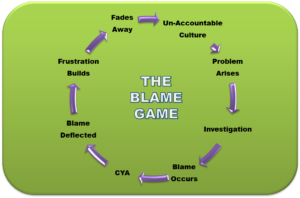 How many times have you heard someone who said something that is mean, vindictive and hurtful — or committed a violent and/or destructive act  — justify it by saying the recipient had ‘made’ the perpetrator mad?

That’s an example of using blame to excuse your own bad behavior.

Unfortunately, blame is like anger in that it dulls one sense of empathy. It allows a person to act in a hurtful way to another human being. It isn’t the act itself, but it often clears the road. This is a small, but important point. Ordinary humans have inhibitions that serve as a buffer against what we know is bad behavior. Blame is not the act itself, but it either erodes or outright removes these inhibitions, often both . It develops a thought pattern that allows the person’s emotions to override his/her self-control in order to achieve an often selfish end — including sustaining dysfunctional patterns.

While this may seem like an overly harsh statement, also realize the kind of mindset that so quickly adopts blame as a defensive posture for emotional/ego protection is exactly the  same one that will put you in front of, otherwise avoidable, physical danger.

Blame Action Loops
It is not uncommon for people who engage in blaming behavior to also engage in selfish behavior. And as long as they are getting benefit from it — whether monetary, emotional, comfort, entertainment or psychological stability — they will continue to engage in those actions. But realize that most of the time the person is too busy doing the behavior to see their actions in this context. Look at the diagram below:

What this illustrates is a simplified action loop model of how humans interact with the world around them. When functioning on this basic level, ‘stimuli’ comes in from the ‘world,’ it is evaluated and an ‘appropriate’ action is taken. An example is you come to a corner with a traffic light. The stimuli coming in is the signal is red and cross traffic is passing. The evaluation is, according to the laws, wait. That’s your action. That keeps you from getting run over. The light turns green,  the cross traffic stops and you cross. We do this kind of looping process all the time, adjusting as the results of that action come in.

I believe we are here to learn lessons along our life’s journey. Once we learn a lesson we move on to the next one. However, if we fail to learn a lesson, we keep finding opportunities to learn it again and again.

Life will continue to throw us the same lessons until we learn from them.

1. Believe there is a lesson to be learned and consent to learn it.

This is probably one of the most important steps. Unless you’re really willing to learn the lesson, even if it feels uncomfortable at times, you can never move forward. Consent to view the situation as something that can help you grow.

2. Admit that you might have helped create the problem.

Warning: This does require you to immediately quit playing the blame game! Just consider the possibility that you somehow contributed to your current situation. This doesn’t mean no one else played a part; it just means perhaps you did, as well.

3. Take some alone time and review the situation.

I’m sure you’ve done this multiple times. It’s time to do it differently. Try to view the situation from a different perspective. Get objective and see it from someone else’s eyes. Is there another way to interpret what happened and how it all played out?

This requires you to be really honest with yourself about your choices and actions. If you’re willing to change your perspective you may immediately see what lesson needs to be learned and exactly how to learn the lesson.

4. Let go of your attachment to the problem.

Trying to control the problem—your boss, your spouse, or your circumstances—will only keep you more attached to it and the more you “leech” onto a problem, the more it “leeches” right back on you.

You will never be able to see the lesson or the solution if you dwell on all the little details about what seems wrong. Letting go could come in many forms: seeing the good in the person who seems difficult, accepting a situation for what it is, or seeing the other side of the story.

Any time we let go of our attachment to what went wrong or what should have happened, we create the possibility of growth—and we pave the path for more positive results.

My personal favorites were step three and four in dealing with my challenges in life.   I admitted the role I played, forgave myself, and was finally able to move forward.

Dropping blame allowed me to let go and move on.

Quitting the blame game and learning life lessons has allowed me to be in a loving, equal, and, best of all, relaxing relationship. It’s allowed me to build my dream career. It’s also allowed me to look at each obstacle I’m facing and find something positive to take away from it.

If you’re having an issue then there is a lesson to be learned. Learn the lesson then you get to move forward. That’s how a game should work!

“Effective gas exchange depends on uniform distribution of function throughout the lung.”

“Many effective medications are available for the treatment of multiple sclerosis (MS). These types of drugs may be prescribed for three different categories of MS treatment.”
MSAA Multiple Sclerosis Association of America
There is no cure to MS but varying treatments to MS progression so learn more on MS treatments with how the disease is treating in parts to make a whole effective plan for the patient.  Go to striveforgoodhealth.com.

“In MS-Multiple Sclerosis, the immune system attacks the protective sheath (myelin sheath) that covers nerve fibers for protection but since the myelin gets attacked it causes communication problems between your brain, the spinal cord & the rest of your body due to the obstruction of the transmission of messages.”

CDC Center for Disease and Prevention

“According to the Center for Disease Control (CDC )the 2014 Ebola epidemic is the largest in history, affecting in West Africa.”