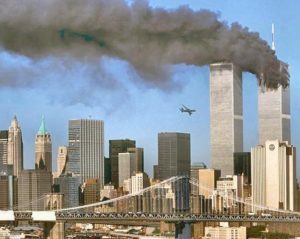 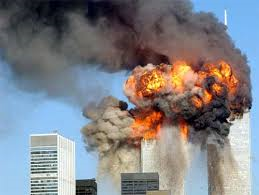 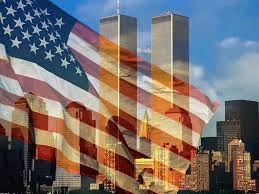 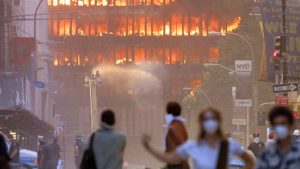 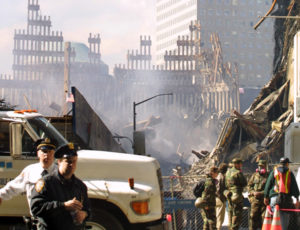 The world trade center (WTC) terrorist attact and its aftermath exposed hundreds of thousands of people to dust, debris, smoke and fumes.  I was one that went down that day as a volunteer RN to help out my country.  It was a sight I will never forget and thank God nothing like it has happened since including developing anything from being exposed to the environment of this disaster.  September 11, 2001, among rescue and clean up workers, office workers, building evacuees, and residents of lower Manhattan living down their have shown increased respiratory and other physical health problems, like developing cancers after this terrible terrorist tragedy.  Following is a outline of the most common conditions experienced by individuals exposed to the WTC attacks and their aftermath.  The types of conditions are:

Upper Airway Cough Syndrome:  Formerly named postnasal drip syndrome which is commonly caused by continuous irritation or infection of the sinuses and the nose either due to allergies or from environmental irritants.  The signs or symptoms that arise from this are cough, nasal congestion, postnasal drip and frequent need to clear the throat.

Symptoms of GERD: Heartburn, acid regurgitation, upset stomach, cough made worse with meals or at night

Symptoms of LPRD: Hoarseness or other vocal changes, sore throat, cough, sensation of having a lump in the throat

There has been increased concern about sarcoidosis and cancer among individuals who were highly exposed during the WTC disaster. The NYC Department of Health and Mental Hygiene, in conjunction with other programs, is closely monitoring these conditions in order to detect any increases in these diseases.

At this time, there is no evidence of an increased rate of cancer among individuals highly exposed to the WTC disaster. Increased rates of sarcoidosis have been documented among fire department personnel ( Izbicki G, Chavko R, Banauch, GI, et al. World Trade Center “Sarcoid-Like” Granulomatous Pulmonary Disease in New York City Fire Department Workers. Chest. 2007;3:131;1414-1423). Rates of sarcoidosis among other groups are currently under investigation.

Sarcoidosis is difficult to verify because NYC providers are not required by law to report sarcoidosis cases to the Health Department.  Based on New York City death certificate records over the   past 10 years, there have been an average of 32 sarcoidosis deaths per year, with the annual number remaining the same since the WTC attacks. During the   same period, there have been between 362 and 439 sarcoidosis-related hospitalizations per year in NYC (five per 100,000 people), with the annual   rate remaining the same since the disaster.

* Breathing in beryllium, other metal dust or fumes or moldy materials can cause lung disease, which may resemble sarcoidosis.

Sarcoidosis* is an auto-immune disease that can attack any organ   of the body, although it often starts in the lungs or lymph nodes. It mainly   affects people between 20 and 40 years of age, with African-Americans three  times more likely to develop the condition than Caucasians and women twice as   likely to develop it as men. While most sarcoidosis patients recover without treatment, less than one-third develop chronic debilitating sarcoidosis and  fewer than 5% die from the disease. The exact cause of sarcoidosis is unknown.

There have been a few reported sarcoidosis cases among rescue   workers that may be related to Ground Zero dust exposure. In May 2007, the New York City Chief Medical Examiner determined that dust exposure from the disaster contributed to a sarcoidosis death, based on published epidemiologic findings among exposed firefighters.

The collapse and burning of the WTC and neighboring buildings   released a complex mixture of irritant dust, smoke and gases. The dust cloud   also contained heavy metals, as well as asbestos and other carcinogens. In   addition, smoke released from the fires contained hazardous and potentially   cancer-causing substances.

In 2007, the NYC Department of Health and Mental Hygiene brought together a panel of experts, including representatives from FDNY, the Mount Sinai School of Medicine, the New York State Department of Health and the National Institute for Occupational Safety and Health, to discuss the potential impact of the WTC disaster on cancer rates and mortality.

In 2010, after beginning the process of confirming cancer   diagnoses within their cohorts, the NYC Department of Health and Mental   Hygiene and FDNY co-chaired another conference of outside experts, including biostatisticians, environmental health scientists and cancer epidemiologists,   to help address the complex methodological questions associated with their   preliminary cancer investigations. The conference produced several   recommendations which are described in the 2010 WTC Medical Working group annual report.

Although cancer associated with specific exposures takes a long   time to develop, three early cancer studies based on verified diagnoses   within their cohorts through 2008 (the latest year for which data was   available when these analyses began) have been published:

Cancer analyses continue at FDNY, the WTC Health Registry and at   the Mount Sinai School of Medicine.

In 2012, the National Institute for Occupational Safety and Health  added many different types of cancers to the list of conditions that can be treated at the World Trade Center Health Program.

What the New York City  Health Department Is Doing:

Through the World Trade Center (WTC) Health Registry, the Health Department is conducting a cancer study that will help determine if cancer rates are higher among those exposed to the WTC disaster. Results of   the study will appear on this Web site and will be submitted to peer-reviewed scientific journals.

The Department is also conducting a broader public awareness campaign about cancer testing, and is working with its clinical partners to offer free cancer screenings. Identifying cancer early in the course of the disease reduces the risk of developing disability from cancer. Department efforts to reduce the rates of smoking among WTC disaster-exposed people also help reduce their risk for developing cancer and other diseases.

What You Can Do

If you or your doctor believe that you require more specialized   care, you may be eligible for free treatment at a WTC   Center of Excellence or affiliated facility.

Whether or not you are currently experiencing symptoms, there   are things you can do to maintain your current health status, prevent   worsening of your health, and detect any new conditions. Suggested measures   include: