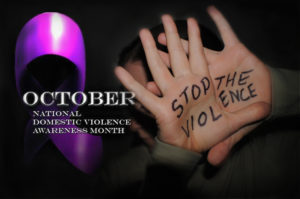 October is National Domestic Violence Awareness Month, which first began in 1981 by the National Coalition Against Domestic Violence as a Day of Unity to connect battered women’s advocates across the country. Domestic violence affects millions, both women and men, of every race, religion, culture and status.

Domestic violence can be physical or psychological, and it can affect anyone of any age, gender, race, or sexual orientation. It may include behaviors meant to scare, physically harm, or control a partner. While every relationship is different, domestic violence generally involves an unequal power dynamic in which one partner tries to assert control over the other in a variety of ways.

Insults, threats, emotional abuse and sexual coercion all constitute domestic violence. Some perpetrators may even use children, pets, or other family members as emotional leverage to get the victim to do what they want. Victims experience diminished self-worth, anxiety, depression, and a general sense of helplessness that can take time and often professional help to overcome. A clinician who works with victims of domestic violence may be able to help an individual extract her or himself from the situation, as well as offer psychological support.

In an emergency, victims of domestic violence should call 911 or contact state or local law enforcement officials, who can respond to these crimes.

Individuals in need of non-emergency assistance can also call the National Domestic Violence Hotline at 1-800-799-SAFE.

You can visit www.TheHoltine .org as well.

Nearly three out of four Americans personally know someone who is or has been a victim of domestic violence. Now is time to take a stand. Support survivors and speak out against domestic violence!! 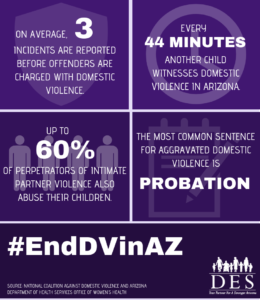