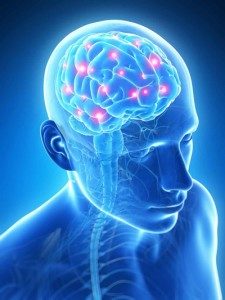 Old Lists Below on Seizure Classification: 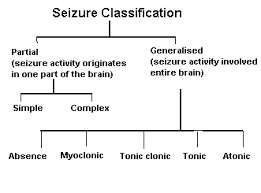 Most Updated List on Classifications of Seizures by the Epilepsy Foundation: 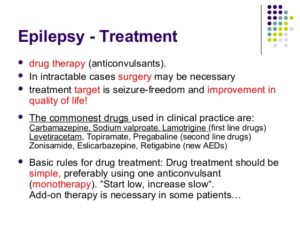 Types of seizures whether with a etiology or unknown:

1-simple partial seizures-(the person is conscious and not impaired).  With motor symptoms, autonomic symptoms and even psychic symptoms.

2.)-Complex partial seizures-(the person is with impairment of consciousness)

See Above the most updated,being 2017, on classifications of seizures list by the Epilepsy Foundation.

1-Epilepsy is sometimes referred to as a long-term condition, as people often live with it for many years, or for life. Although generally epilepsy cannot be ‘cured’, for most people, seizures can be ‘controlled’ (stopped) so that epilepsy has little or no impact on their lives. So treatment is often about managing seizures in the long-term.

2-The ketogenic diet is one treatment option for children with epilepsy whose seizures are not controlled with AEDs. The diet may help to reduce the number or severity of seizures and can often have positive effects on behaviour.

3-Vagus nerve stimulation therapy is a treatment for epilepsy that involves a stimulator (or ‘pulse generator’) which is connected, inside the body, to the left vagus nerve in the neck. The stimulator send regular, mild electrical stimulations through this nerve to help calm down the irregular electrical brain activity that leads to seizures.

There are several ways to treat epilepsy. How well each treatment works varies from one person to another. Vagus nerve stimulation therapy is a form of treatment for people with epilepsy whose seizures are not controlled with medication.

4-There are different kinds of epilepsy surgery. One kind of surgery involves removing a specific area of the brain which is thought to be causing the seizures. Another kind involves separating the part of the brain that is causing seizures from the rest of the brain.

Surgery may be possible for both adults and children, and might be considered if:

Whether you are suitable for surgery is something that you may like to talk about with your GP or neurologist. If you meet these criteria and are considered for surgery, you will need to have further tests before you can have the surgery.

If you are referred for surgery you will probably go to a specialist centre for tests. There are many different pre-surgical tests you might have before you can be given the go-ahead for surgery. This could include further MRI scans, an EEG (electroencephalogram) and video telemetry (an EEG while also being filmed). Other types of scans may also be done, which trace a chemical injected into the body. This can show detailed information about where seizures start in the brain.

Memory and psychological tests are also used to see how your memory and lifestyle might be affected after the surgery. These types of tests also help the doctors to see how you are likely to cope with the impact of having this type of surgery.

The tests will confirm whether:

The results from the pre-surgical tests will help you and your neurologist decide whether surgery is an option for you, and what the result of the surgery might be.

Your specialist will also talk with you about the possible risks and benefits of having surgery.

For many people the results show that surgery is not an option: the majority of people who are recommended for surgery, and have these tests carried out, are unable to have surgery.

Take the action and make your life one without seizures occurring putting your life on HOLD you need to TAKE CARE OF YOURSELF!    That is all up to you, the patient diagnosed with it or questioning if they have seizures.