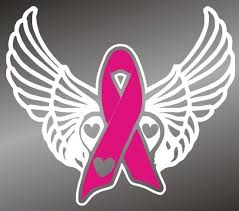 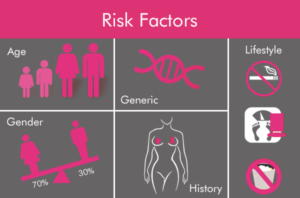 Those that we cannot change:

Women account for more than 99 percent of all breast cancer cases.

If a woman has had cancer in one breast, she is at increased risk of developing cancer in the other breast.

Women with a relative who has had breast cancer are at higher risk of developing breast cancer themselves, particularly if it is a first-degree relative, such as a mother, sister or daughter.

Patients with family members who have had breast and/or ovarian cancer may choose to see a qualified genetic counselor from the UCSF Cancer Genetics and Prevention Program at Mount Zion. These counselors are available to evaluate a person’s likelihood of carrying a gene mutation and to discuss the possibility of genetic testing.

A prevalence of the BRCA1 and BRCA2 gene mutations has been observed in the Ashkenazi Jewish (Jews with European or Central European ancestry) population. Having one or more relatives with breast or ovarian cancer, and being of Ashkenazi Jewish descent, puts a person at greater risk for carrying a BRCA gene mutation.

Exposure to high doses of chest radiation, such as for medical therapy for Hodgkin’s lymphoma, particularly during childhood, can greatly increase a woman’s risk of developing breast cancer.

Researchers have found that the age at which radiation was received is inversely related to the acquired risk. Thus, women who received radiation after their menopausal years incurred very little risk.

Stayed tune tomorrow for the 1/2 of risk factors we CAN change!