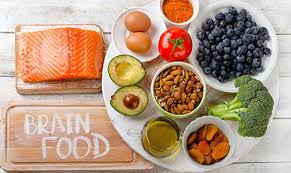 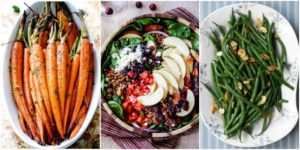 Malnutrition involves a dietary deficiency. People may eat too much of the wrong type of food and have malnutrition, but this article will focus on undernutrition, when a person lacks nutrients because they do not consume enough food.

Poor diet may lead to a lack of vitamins, minerals, and other essential substances. Too little protein can lead to kwashiorkor, symptoms of which include a distended abdomen. A lack of vitamin C can result in scurvy.

Scurvy is rare in industrialized nations, but it can affect older people, those who consume excessive quantities of alcohol, and people who do not eat fresh fruits and vegetables. Some infants and children who follow a limited diet for any reason may be prone to scurvy.

According to the World Health Organization (WHO), 462 million people worldwide are malnourished, and stunted development due to poor diet affects 159 million children globally.

Malnutrition during childhood can lead not only to long-term health problems but also to educational challenges and limited work opportunities in the future. Malnourished children often have smaller babies when they grow up.

It can also slow recovery from wounds and illnesses, and it can complicate diseases such as measles, pneumonia, malaria, and diarrhea. It can leave the body more susceptible to disease.

Malnutrition manifests itself as both over- and under-nutrition, and is currently not diagnosed and treated in time. It leads to serious health problems, including the estimated 60 percent of cardiovascular deaths. Researchers suggest that an accurate training of healthcare professionals may be at the heart of solving this problem.  If malnutrition was treated in time, especially from childhood or earlier adulthood many diseases of cardiac to diabetes II to obesity itself with the side effects it caused to other organs.  I could go on about different diseases but cardiac is an important one since the engine to the body is our heart (the size of your fist).

People only look at nutrients as a number, but not as something with nutritional value. They do not consider the food matrix nor biological function.

Applying nutrition into life deals with the relationship between nutrition and the health and wellbeing of a person to even a population.  Take U.S.A. we are the highest with Obesity.  In U.S.A., look how much emphasis is put on fast food selling or advertising alone and we the people over 50% fall for it and if not daily just too much.  Look at disease in this country that could be avoided due to obesity the cause for other diseases in an individual.  Which by the way didn’t happen over night.  Nobody puts  a magnum-45 to someone’s head to walk into McDonald’s or Wendy’s or KOC with many other fast food companies in U.S.A (that have flown in numbers in other countries) to order there food.  Like alcohol for some the person gets addicted to this kind of food.  To change you need the inspiration to want to with the discipline to do so.

There is another disorder Binge Eating Disorder (BED) is newly-recognized and is characterized by recurrent episodes of binge eating that occur twice weekly or more for a period of at least six months. During bingeing, a larger than normal amount of food is consumed in a short time frame and the person engaging in the bingeing behavior feels a lack of control over the eating.

In BED, bingeing episodes are associated with at least three characteristics such as eating until uncomfortable, eating when not physically hungry, eating rapidly, eating alone for fear of being embarrassed by how much food is being consumed, or feeling disgusted, depressed or guilty after the episode of overeating. These negative feelings may in turn trigger more bingeing behavior. In addition, although BED behaviors may cause distress by those affected, it is not associated with inappropriate compensatory behaviors such as those found in Bulimia Nervosa or Anorexia Nervosa. Therefore, people with BED often present as either overweight or obese because they consume so many extra calories.

Take the opposite,  Anorexia nervosa is an eating disorder characterized by weight loss (or lack of appropriate weight gain in growing children); difficulties maintaining an appropriate body weight for height, age, and stature; and, in many individuals, distorted body image. People with anorexia generally restrict the number of calories and the types of food they eat. Some people with the disorder also exercise compulsively, purge via vomiting and laxatives, and/or binge eat.

Anorexia can affect people of all ages, genders, sexual orientations, races, and ethnicities. Historians and psychologists have found evidence of people displaying symptoms of anorexia for hundreds or thousands of years.

Bulimia nervosa is a serious, potentially life-threatening eating disorder characterized by a cycle of bingeing and compensatory behaviors such as self-induced vomiting designed to undo or compensate for the effects of binge eating.

Instead of going on and on with diseases here is what you eat to resolve the malnutrition (either eating too much or not enough).  So eat the following in moderate amounts:

Recommended is to check with your doctor especially since they know your medical history.

It’s up to you to make the move; the internet besides so many companies can help you with just picking up a book on the problem of malnutrition (at a book store to even the public library), if you feel you have malnutrition.  Not sure?  Then go to your general practitioner.