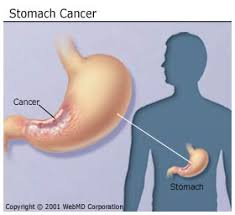 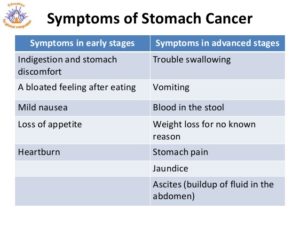 Stomach cancer (also called gastric cancer) can develop in any part of the stomach, and may spread throughout the stomach and to other organs. It may grow along the stomach wall into the esophagus or small intestine.

Different types of stomach cancer include:

Certain gene mutations and some inherited conditions are considered stomach cancer risk factors. They include: