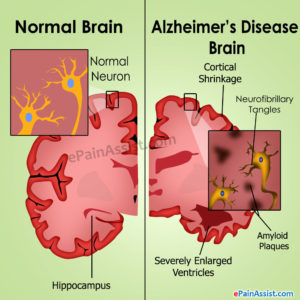 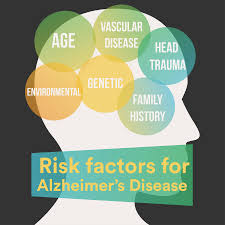 The National Institute of aging states the following procedures also may be used to diagnose dementia:

Who Can Diagnose Dementia?

Visiting a family doctor is often the first step for people who are experiencing changes in thinking, movement, or behavior. However, neurologists—doctors who specialize in disorders of the brain and nervous system—generally have the expertise needed to diagnose dementia. Geriatric psychiatrists, neuropsychologists, and geriatricians may also be skilled in diagnosing the condition.

If a specialist cannot be found in your community, ask the neurology department of the nearest medical school for a referral. A hospital affiliated with a medical school may also have a dementia or movement disorders clinic that provides expert evaluation.”

Alzheimer’s Disease is complex, and it is unlikely that any one drug or other intervention will successfully treat it. Current approaches focus on helping people maintain mental function, manage behavioral symptoms, and slow down the symptoms of disease.

Several prescription drugs are currently approved by the U.S. Food and Drug Administration (FDA) to treat people who have been diagnosed with Alzheimer’s disease. Treating the symptoms of Alzheimer’s can provide people with comfort, dignity, and independence for a longer period of time and can encourage and assist their caregivers as well.

Most medicines work best for people in the early or middle stages of Alzheimer’s. For example, they can slow down some symptoms, such as memory loss, for a time. It is important to understand that none of these medications stops the disease itself.

Treatment for Mild to Moderate Alzheimer’s

Medications called cholinesterase inhibitors are prescribed for mild to moderate Alzheimer’s disease. These drugs may help reduce some symptoms and help control some behavioral symptoms. The medications are Razadyne® (galantamine), Exelon® (rivastigmine), and Aricept® (donepezil).

Scientists do not yet fully understand how cholinesterase inhibitors work to treat Alzheimer’s disease, but research indicates that they prevent the breakdown of acetylcholine, a brain chemical believed to be important for memory and thinking. As Alzheimer’s progresses, the brain produces less and less acetylcholine; therefore, cholinesterase inhibitors may eventually lose their effect.

No published study directly compares these drugs. Because they work in a similar way, switching from one of these drugs to another probably will not produce significantly different results. However, an Alzheimer’s patient may respond better to one drug than another.

Treatment for Moderate to Severe Alzheimer’s

A medication known as Namenda® (memantine), an N-methyl D-aspartate (NMDA) antagonist, is prescribed to treat moderate to severe Alzheimer’s disease. This drug’s main effect is to decrease symptoms, which could allow some people to maintain certain daily functions a little longer than they would without the medication. For example, Namenda® may help a person in the later stages of the disease maintain his or her ability to use the bathroom independently for several more months, a benefit for both the person with Alzheimer’s and caregivers.

The FDA has also approved Aricept®, the Exelon® patch, and Namzaric®, a combination of Namenda® and Aricept®, for the treatment of moderate to severe Alzheimer’s disease.

Namenda® is believed to work by regulating glutamate, an important brain chemical. When produced in excessive amounts, glutamate may lead to brain cell death. Because NMDA antagonists work differently from cholinesterase inhibitors, the two types of drugs can be prescribed in combination.

Common behavioral symptoms of Alzheimer’s include sleeplessness, wandering, agitation, anxiety, aggression, restlessness, and depression. Scientists are learning why these symptoms occur and are studying new treatments—drug and nondrug—to manage them. Research has shown that treating behavioral symptoms can make people with Alzheimer’s more comfortable and makes things easier for caregivers.

Examples of medicines used to help with depression, aggression, restlessness, and anxiety include:

Experts agree that medicines to treat these behavior problems should be used only after other strategies that don’t use medicine have been tried.

Medicines to Be Used with Caution

There are some medicines, such as sleep aids, anti-anxiety drugs, anticonvulsants, and antipsychotics, that a person with Alzheimer’s disease should take only:

You will need to watch closely for side effects from these medications.

Sleep aids are used to help people get to sleep and stay asleep. People with Alzheimer’s disease should NOT use these drugs regularly because they make the person more confused and more likely to fall. Examples of these medicines include:

Anti-anxiety drugs are used to treat agitation. These drugs can cause sleepiness, dizziness, falls, and confusion. For this reason, doctors recommend using them only for short periods of time. Examples of these medicines include:

Anticonvulsants are drugs sometimes used to treat severe aggression. Side effects may cause sleepiness, dizziness, mood swings, and confusion. Examples of these medicines include:

Antipsychotics are drugs used to treat paranoia, hallucinations, agitation, and aggression. Side effects of using these drugs can be serious, including increased risk of death in some older people with dementia. They should only be given to people with Alzheimer’s disease when the doctor agrees that the symptoms are severe. Examples of these medicines include:

Alzheimer’s disease research has developed to a point where scientists can look beyond treating symptoms to think about addressing underlying disease processes. In ongoing clinical trials, scientists are developing and testing several possible interventions, including immunization therapy, drug therapies, cognitive training, physical activity, and treatments for cardiovascular disease and diabetes.