“Diabetes can cause serious health complications including heart disease, blindness, kidney failure, and lower-extremity amputations.Risk factors that increase your chance of getting Pneumonia include: COPD, Smoking, Stroke, Dementia.”
American Diabetes Association/MedicinePlus.gov.
“Accidents, also referred to as unintentional injuries, are at present the 5th leading cause of death in the US and the leading cause of death for those between the ages 1 to 44. For people with Alzheimer’s disease, the damage and death of neurons eventually impair the ability to carry out basic bodily functions such as walking and swallowing. High blood pressure, high cholesterol, and smoking are major risk factors for stroke. About half of Americans (49%) have at least one of these three risk factor.”
CDC centers for disease control/www.alz.org/American Stoke Association

“Top leading causes of death for most people can be prevented but choose not to change their life styles or eating habits or activity/exercising way of living but if they did their life would probably last longer being healthier.”

“Ever heard of drinking water to lose weight? The diet tactic actually works, along with eating foods that contain a lot of water, like fruits and veggies.”

“A multi hit theory behind the progression of SIRS to organ dysfunction and possibly multiple organ dysfunction syndrome (MODS). In this theory, the event that initiates the SIRS cascade primes the pump. With each additional event, an altered or exaggerated response occurs, leading to progressive illness.” 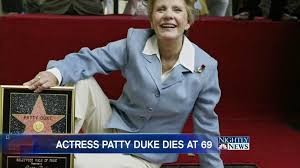 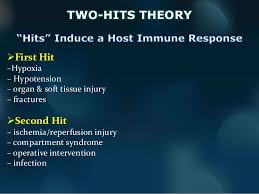 Part 3 talks to you about the multi-hit theory of SIRS with Inflammatory Cascade of SIRS and lastly the coagulation process in SIRS.   It also tells you an extensive amount of infectious and non-infectious causes of SIRS. Lastly the key antidote to SIRS.

A multi hit theory behind the progression of SIRS to organ dysfunction and possibly multiple organ dysfunction syndrome (MODS). In this theory, the event that initiates the SIRS cascade primes the pump. With each additional event, an altered or exaggerated response occurs, leading to progressive illness. The key to preventing the multiple hits is adequate identification of the ETIOLOGY or CAUSE of SIRS and appropriate resuscitation and therapy.

Trauma, inflammation, or infection leads to the activation of the inflammatory cascade. Initially, a pro-inflammatory activation occurs, but almost immediately thereafter a reactive suppressing anti-inflammatory response occurs. This SIRS usually manifests itself as increased systemic expression of both pro-inflammatory and anti-inflammatory species. When SIRS is mediated by an infectious insult, the inflammatory cascade is often initiated by endotoxin or exotoxin. Tissue macrophages, monocytes, mast cells, platelets, and endothelial cells are able to produce a multitude of cytokines. The cytokines tissue necrosis factor–alpha (TNF-α) and interleukin-1 (IL-1) are released first and initiate several cascades.

The release of certain factors without getting into medical specific terms they ending line induces the production of other pro-inflammatory cytokines, worsening the condition.

Some of these factors are the primary pro-inflammatory mediators. In research it suggests that glucocorticoids may function by inhibit-ing certain factors that have been shown to be released in large quantities within 1 hour of an insult and have both local and systemic effects. In studies they have shown that certain cytokines given individually produce no significant hemodynamic response but that they cause severe lung injury and hypotension. Others responsible for fever and the release of stress hormones (norepinephrine, vasopressin, activation of the renin-angiotensin-aldosterone system).

Other cytokines, stimulate the release of acute-phase reactants such as C-reactive protein (CRP) and pro-calcitonin.

The pro-inflammatory interleukins either function directly on tissue or work via secondary mediators to activate the coagulation cascade and the complement cascade and the release of nitric oxide, platelet-activating factor, prostaglandins, and leukotrienes.

High mobility group box 1 (HMGB1) is a protein present in the cytoplasm and nuclei in a majority of cell types. In response to infection or injury, as is seen with SIRS, HMGB1 is secreted by innate immune cells and/or released passively by damaged cells. Thus, elevated serum and tissue levels of HMGB1 would result from many of the causes of SIRS.

HMGB1 acts as a potent pro-inflammatory cytokine and is involved in delayed endotoxin lethality and sepsis.

Numerous pro-inflammatory polypeptides are found within the complement cascade. It is thought they are felt to contribute directly to the release of additional cytokines and to cause vasodilatation and increasing vascular permeability. Prostaglandins and leukotrienes incite endothelial damage, leading to multi-organ failure.

Polymorphonuclear cells (PMNs) from critically ill patients with SIRS have been shown to be more resistant to activation than PMNs from healthy donors, but, when stimulated, demonstrate an exaggerated micro-bicidal response (agents that kill microbes). This may represent an auto-protective mechanism in which the PMNs in the already inflamed host may avoid excessive inflammation, thus reducing the risk of further host cell injury and death.[4]

The correlation between inflammation and coagulation is critical to understanding the potential progression of SIRS. IL-1 and TNF-α directly affect endothelial surfaces, leading to the expression of tissue factor. Tissue factor initiates the production of thrombin, thereby promoting coagulation, and is a proinflammatory mediator itself. Fibrinolysis is impaired by IL-1 and TNF-α via production of plasminogen activator inhibitor-1. Pro-inflammatory cytokines also disrupt the naturally occurring anti-inflammatory mediators anti-thrombin and activated protein-C (APC).

If unchecked, this coagulation cascade leads to complications of micro-vascular thrombosis, including organ dysfunction. The complement system also plays a role in the coagulation cascade. Infection-related pro-coagulant activity is generally more severe than that produced by trauma.

What the causes of SIRS can be:

The following is partial list of the infectious causes of SIRS:

“Sepsis is the life threatening response to infection which can lead to tissue damage, organ failure, and even death.”

“Photosensitivity, sometimes referred to as a sun allergy, is an immune system reaction that is triggered by sunlight. Photosensitivity reaction”
www.skincancer.org