“The stage of a cancer describes how much cancer is in the body. It helps determine how serious the cancer is and how best to treat it. The staging system used most often for pancreatic cancer is the AJCC (American Joint Committee on Cancer) TNM system, which is based on 3 key pieces of information: 1-extent of the tumor (T) 2- spread to nearby lymph nodes (N) 3- The spread (metastasized) to distant sites (M).” 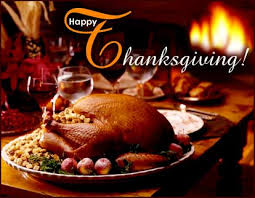 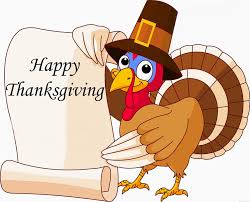 “Oncologists will conduct tests to classify the type and stage of your disease.  Staging is a process that determines the spread of the cancer cells within and around the pancreas.  Diagnosis and staging of pancreatic cancer usually happen at the same time.”

“While your initial assessment may include CT scanning and magnetic resonance imaging (MRI), we use more advanced tools to confirm your pancreatic cancer diagnosis and to determine its extent—a process called staging.”

“November is a month of empowerment, education and inspiration for communities far and wide who have been touched by pancreatic cancer. It is our opportunity to shine a light on this disease, to elevate our voices to raise awareness and invite others to read our blog for vital information on Pancreatic Cancer. It is a time to educate the world by sharing!”

“Several types of growths can occur in the pancreas, including cancerous and noncancerous tumors. The most common type of cancer that forms in the pancreas begins in the cells that line the ducts that carry digestive enzymes out of the pancreas (pancreatic ductal adenocarcinoma).”

“A risk factor is anything that increases your chance of getting a disease such as cancer. Different cancers have different risk factors. Some risk factors, like smoking, can be changed. Others, like a person’s age or family history, can’t be changed. In some cases, there is unknown etiology why the person got pancreatic cancer.

Having a risk factor, or even many, does not mean that you will get cancer. And some people who get cancer may have few or no known risk factors.”
American Cancer Society 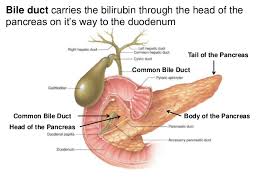 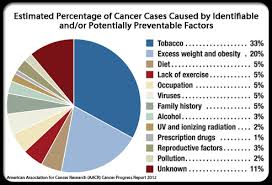 Pancreatic cancer is one of the few types of cancer that haven’t improved in terms of survival rates over the years, according to the Hirshberg Foundation for Pancreatic Cancer Research. In fact, the foundation said the mortality rate is 93-percent within 5-years of diagnosis. And 71-percent will die in first year.  Usually people diagnosed with this disease are told they have 6 months to 1 year survival rate.  There are the few for the many that live longer but know this the major depending factor is also the stage level of cancer your in (I, II, III & IV).  The higher the worse the metastasis.

These stats point to why it’s important to raise awareness about this killer cancer, and to outline some facts and figures. In honor of Pancreatic Cancer Awareness Month in November, here are six things to know, thanks to Jeff Hayward on November 1 informed the world of this information on his blog with facts…

1. Their are Risk Factors

The American Cancer Society says that the average lifetime risk of developing cancer of the pancreas in both men and women is 1 in 65. However, there are certain factors that might make you more likely to face the disease.

Cancer Treatment Centers of America notes that these risk factors include age (most pancreatic cancers form at age-55 or older), gender (males are slightly more likely to develop it), obesity, diabetes, smoking, and more.

Cancer Treatment Centers of America also notes that about 10-percent of pancreatic cancer cases are thought to be genetic, or passed down from a parent.

The American Cancer Society estimates there were 53,070 new diagnoses of pancreatic cancer this year in the U.S., and sadly it adds that it expected more than 41,000 of those patients to die from it.

Of those numbers, there were an estimated 27,670 men diagnosed in 2016, compared to an estimated 25,400 diagnoses for women. The death rates are proportionate for both, according to additional statistics from the cancer society.

4. One of Most Prevalent Cancers in the World

5. It Often Causes Symptoms When it’s Too Late

Scientific American talks about why this type of cancer is so deadly in a 2011 article making reference to Apple founder Steve Jobs, who died from the cancer.

It notes that patients sometimes don’t seek treatment right away, because symptoms including weight loss, jaundice and abdominal pain don’t begin until the later stages. “They usually start after the tumor is a significant size. By then, chances are, it has metastasized (that is, spread to other parts of the body),” explains the article.

6. There’s More than One Type

The American Cancer Society explains the overwhelmingly common form of this cancer is pancreatic adenocarcinoma, which makes up 95-percent of all cases. These begin in the ducts of the pancreas and sometimes develop from the cells that form pancreatic enzymes, according to the source.

The “other” type of cancer of the pancreas is pancreatic endocrine tumors, otherwise known as neuroendocrine tumors, explains the cancer society. These tumors can be cancerous or benign, and are subdivided into other categories including “functioning NETs” (including gastrinomas, insulinomas and glucagonomas), and “non-functioning NETs” which are actually more likely to cause cancer because they can grow larger before they’re discovered.

Know how it works you have a pancreas medically noted in Anatomy and Physiology as having a head, neck, body and tail.  The location of the cancer can play a major role especially if diagnosed earlier, depending on the location for some.

The neck is the thin section of the gland between the head and the body of the pancreas.

The tail is the thin tip of the pancreas in the left side of the abdomen, in close proximity with the spleen. This is the end of the pancreas connected to nothing, no ducts or other tissues or other body glands of the body that put it near by lymph nodes or connected to and best place for area of the cancer especially if it is only in the tail, in most cases, since less chance of spreading the cancer.  Also if only in the tail of pancreas, surgery will entail removal of that part of the organ with chemo a few months and resolved in most cases.  Just follow up visits to your chemo doctor for however long the M.D. directs you.

“Many wonder if they’ll ever lead a “normal” life again. Well, a “normal” life is still possible. That is to say, someone diagnosed with seizures can still do the same daily functions as someone without epilepsy.Several Advanced Neurosurgery Associates (ANA) children and adults are illustrative of the potential to live a normal life with epilepsy.  It’s all in controlling the seizures.”

“Epilepsy is a chronic disorder, the hallmark of which is recurrent, unprovoked seizures. A person is diagnosed with epilepsy if they have two unprovoked seizures (or one unprovoked seizure with the likelihood of more) that were not caused by some known and reversible medical condition like alcohol withdrawal or extremely low blood sugar.

The seizures in epilepsy may be related to a brain injury or a family tendency, but often the cause is completely unknown. The word “epilepsy” does not indicate anything about the cause of the person’s seizures or their severity.  Many people with epilepsy have more than one type of seizure and may have other symptoms of neurological problems as well.”