“Diffusion is by far the most important process involved in the transport of electrolytes and solutes in peritoneal dialysis (PD). Examples of such solutes include: Urea, Creatinine, K+, H+, HCO3–, Phosphate, Albumin, proteins and toxins3,7. Diffusive transport of Na+ and Ca2+ is minimal.”

“Cardiomyopathy refers to diseases of the heart muscle. These diseases have many causes, signs and symptoms, and treatments. The heart muscle becomes enlarged, thick or rigid in cardiomyopathy, and in rare cases the muscle tissue is replaced with scar tissue.” 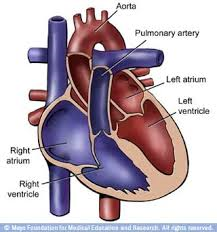 Cardiomyopathy (kahr-dee-o-my-OP-uh-thee) is a disease of the heart muscle that makes it harder for your heart to pump blood to the rest of your body. Cardiomyopathy can lead to heart failure.

The main types of cardiomyopathy include dilated, hypertrophic and restrictive cardiomyopathy. Treatment — which might include medications, surgically implanted devices or, in severe cases, a heart transplant —this would all depend on which type of cardiomyopathy you have and how serious it is.

There might be no signs or symptoms in the early stages of cardiomyopathy. But as the condition advances, signs and symptoms usually appear, including:

Signs and symptoms tend to get worse unless treated. In some people, the condition worsens quickly; in others, it might not worsen for a long time.

See your doctor if you have one or more signs or symptoms associated with cardiomyopathy. Call 911 or your local emergency number if you have severe difficulty breathing, fainting or chest pain that lasts for more than a few minutes.

Because some types of cardiomyopathy can be hereditary, if you have it your doctor might advise that your family members be checked.

Often the cause of the cardiomyopathy is unknown. In some people, however, it’s the result of another condition (acquired) or passed on from a parent (inherited).

Contributing factors for acquired cardiomyopathy include:

Types of cardiomyopathy include:

There are a number of factors that can increase your risk of cardiomyopathy, including:

Cardiomyopathy can lead to other heart conditions, including:

In many cases, you can’t prevent cardiomyopathy. Let your doctor know if you have a family history of the condition.

You can help reduce your chance of cardiomyopathy and other types of heart disease by living a heart-healthy lifestyle and making lifestyle choices such as:

“Retinal detachment separates the retinal cells from the layer of blood vessels that provides oxygen and nourishment. The longer retinal detachment goes untreated, the greater your risk of permanent vision loss in the affected eye.”

The retina is the light-sensitive tissue lining the back of our eye. Light rays are focused onto the retina through our cornea, pupil and lens. The retina converts the light rays into impulses that travel through the optic nerve to our brain, where they are interpreted as the images we see. A healthy, intact retina is key to clear vision.

The middle of our eye is filled with a clear gel called vitreous (vi-tree-us) that is attached to the retina. Sometimes tiny clumps of gel or cells inside the vitreous will cast shadows on the retina, and you may sometimes see small dots, specks, strings or clouds moving in your field of vision. These are called floaters. You can often see them when looking at a plain, light background, like a blank wall or blue sky.

As we get older, the vitreous may shrink and pull on the retina. When this happens, you may notice what look like flashing lights, lightning streaks or the sensation of seeing “stars.” These are called flashes.

The retina does not work when it is detached and vision becomes blurry. A retinal detachment is a very serious problem that almost always causes blindness unless it is treated with detached retina surgery.

A retinal tear or a detached retina is repaired with a surgical procedure. Based on your specific condition, your ophthalmologist will discuss the type of procedure recommended and will tell you about the various risks and benefits of your treatment options.

Most retinal tears need to be treated by sealing the retina to the back wall of the eye with laser surgery or cryotherapy (a freezing treatment). Both of these procedures create a scar that helps seal the retina to the back of the eye. This prevents fluid from traveling through the tear and under the retina, which usually prevents the retina from detaching. These treatments cause little or no discomfort and may be performed in your ophthalmologist’s office.

Laser surgery (photocoagulation)
With laser surgery, your ophthalmologist uses a laser to make small burns around the retinal tear. The scarring that results seals the retina to the underlying tissue, helping to prevent a retinal detachment.

Freezing treatment (cryopexy)
Your eye surgeon uses a special freezing probe to apply intense cold and freeze the retina around the retinal tear. The result is a scar that helps secure the retina to the eye wall.

Almost all patients with retinal detachments must have surgery to place the retina back in its proper position. Otherwise, the retina will lose the ability to function, possibly permanently, and blindness can result. The method for fixing retinal detachment depends on the characteristics of the detachment. In each of the following methods, your ophthalmologist will locate the retinal tears and use laser surgery or cryotherapy to seal the tear.

Scleral buckle
This treatment involves placing a flexible band (scleral buckle) around the eye to counteract the force pulling the retina out of place. The ophthalmologist often drains the fluid under the detached retina, allowing the retina to settle back into its normal position against the back wall of the eye. This procedure is performed in an operating room.

Healthcare-associated infections (HAIs) represent a huge problem and the figures from the CDC and ECDC give a sense of its scale: Respectively, they estimate that each year, 1.7 million people in the US and 4.2 million in Europe acquire a HAI.

Centers for Disease Control and Prevention

“Today, stem cells are mainly used in the treatment of disease and in tissue regeneration. They largely come from one of three sources – cord blood, bone marrow and peripheral blood. Cord blood stem cells are found in the blood of the umbilical cord.  BE THE MATCH (National Marrow Donor Program) in their efforts to reach expectant parents across the nation with useful facts and tips on why and how to save a newborn’s cord blood.” 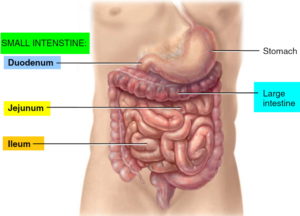 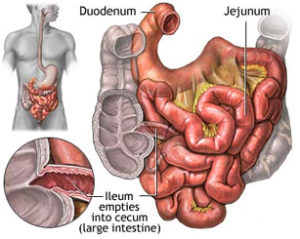 Intussusception is the most common cause of intestinal obstruction in children between ages 3 months and 3 years old. Intussusception occurs when a portion of the intestine folds like a telescope, with one segment slipping inside another segment. It can occur in the colon, the small bowel, or between the small bowel and colon. The result can be a blocked small bowel or colon. This causes an obstruction, preventing the passage of food that is being digested through the intestine.

In children, the intestines can usually be pushed back into position with an X-ray procedure. In adults, surgery is often required to correct the problem.

The first sign of intussusception in an otherwise healthy infant may be sudden, loud crying caused by abdominal pain. Infants who have abdominal pain may pull their knees to their chests when they cry.

The pain of intussusception comes and goes, usually every 15 to 20 minutes at first. These painful episodes last longer and happen more often as time passes.

Other frequent signs and symptoms of intussusception include:

Not everyone has all of the symptoms. Some infants have no obvious pain, and some children don’t pass blood or have a lump in the abdomen. Some older children have pain but no other symptoms.

Because intussusception is rare in adults and symptoms of the disorder often overlap with the symptoms of other disorders, it’s more challenging to identify. The most common symptom is abdominal pain that comes and goes. Nausea and vomiting may also occur. People sometimes have symptoms for weeks before seeking medical attention.

Intussusception requires emergency medical care. If you or your child develops the signs or symptoms listed above, seek medical help right away.

In infants, remember that signs of abdominal pain may include recurrent bouts of pulling the knees to the chest and crying.

Your intestine is shaped like a long tube. In intussusception, one part of your intestine — usually the small intestine — slides inside an adjacent part. This is sometimes called telescoping because it’s similar to the way a collapsible telescope folds together.

In some cases, the telescoping is caused by an abnormal growth in the intestine, such as a polyp or a tumor (called a lead point). The normal wave-like contractions of the intestine grab this lead point and pull it and the lining of the intestine into the bowel ahead of it. In most cases, however, no cause can be identified for intussusception.

In the vast majority of cases of intussusception in children, the cause is unknown. Because intussusception seems to occur more often in the fall and winter and because many children with the problem also have flu-like symptoms, some suspect a virus may play a role in the condition. Sometimes, a lead point can be identified as the cause of the condition — most frequently the lead point is a Meckel’s diverticulum (a pouch in the lining of the small intestine).

In adults, intussusception is usually the result of a medical condition or procedure, including:

Risk factors for intussusception include:

Peritonitis is a life-threatening condition that requires immediate medical attention. Signs and symptoms of peritonitis include:

Peritonitis may cause your child to go into shock. Signs and symptoms of shock include:

A child who is in shock may be conscious or unconscious. If you suspect your child is in shock, seek emergency medical care right away.