“Most experts believe that flu viruses spread mainly by tiny droplets made when people with flu cough, sneeze or talk. These droplets can land in the mouths or noses of people who are nearby. Less often, a person might also get flu by touching a surface or object that has flu virus on it and then touching their own mouth, nose, or possibly their eyes.”
CDC Center for disease prevention and control 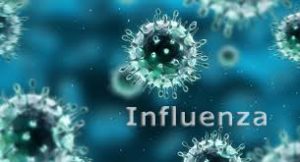 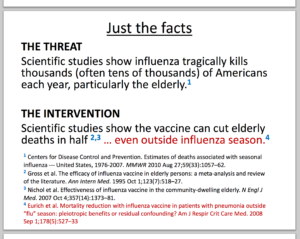 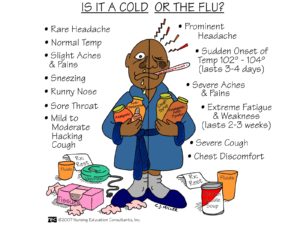 -Both colds and flu usually last the same seven to 10 days, but flu can go three to four weeks; the flu virus may not still be there, but you have symptoms long after it has left. Allergy can last weeks or months.

-The winter flu epidemic is again around us full force and in a given locality it reaches its peak in 2 to 3 weeks and lasts 5 to 6 weeks. Then is disappears as quickly as it arrived. The reason for this is not completely clear. The usual pattern is for a rise in the incidence of flu in children,  which precedes an increase in the adult population (that is on the rise in our hospitals).

-The flu virus can lead to serious complications, including bronchitis, viral or bacterial pneumonia and even death in elderly and chronically ill patients. Twenty thousand or more people die of the flu in the America each year. Know this that the frequency of human contact across the world and the highly infectious nature of the virus make this explanation difficult to accept. Moreover there is no evidence of persistent or latent infection with influenza viruses. In any case, this idea is not really very difficult from the notion that the virus circulates at a low level throughout the year and seizes its opportunity to cause an outbreak when conditions allow.

-Even harder to explain is why the flu disappears from a community when there are still a large number of people susceptible to infection. Than even harder than that is why flu is a winter disease, which is not fully understood or known. However, flu is spread largely by droplet (aerosol) infection from individuals with high viral level in their nasal and throat secretions, sneezing, and coughing on anyone close at hand. The aerosol droplets of the right size (thought to be about 1.5 micrometers in diameter) remain airborne and are breathed into the nose or lungs of the next victim.  This is why the pt. stays confined in a isolation room in a hospital on droplet isolation.

-Situations in which people are crowded together are more commonly in cold or wet weather and so perhaps this contributes to spreading the flu at these times. It is interesting that in equatorial countries, flu occurs throughout the year, but is highest in the monsoon or rainy season. Enough about facts but onto logical thinking for when we or someone we know has it and what questions we might be asking ourselves.

Don’t forget so you understand if your in a hospital in the ER and than put on a unit in an droplet/contact isolation room (a room where staff and visitors wear masks, gowns and gloves with you not allowed out of that room;  the reason for this is you may be able to pass on the flu to someone else.  Know you can pass on the flu even before you know you are sick, as well as while you are sick. Although people with the flu are most contagious in the first 3-4 days after their illness begins,  some otherwise healthy adults may be able to infect others beginning 1 day before symptoms develop and up to 5 to 7 days after becoming sick. Some people, especially young children and people with weakened immune systems, might be able to infect others with flu viruses for an even longer time.

The first and most important step in preventing flu is to get a flu vaccination each year. CDC also recommends everyday preventive actions (like staying away from people who are sick, covering coughs and sneezes and frequent handwashing) to help slow the spread of germs that cause respiratory (nose, throat, and lungs) illnesses, like flu.

It is very difficult to distinguish the flu from other viral or bacterial causes of respiratory illnesses on the basis of symptoms alone. There are tests available to diagnose flu.

A number of flu tests are available to detect influenza viruses in respiratory specimens. The most common are called “rapid influenza diagnostic tests (RIDTs).” RIDTs work by detecting the parts of the virus (antigens) that stimulate an immune response. These tests can provide results within approximately 10-15 minutes, but are not as accurate as other flu tests. Therefore, you could still have the flu, even though your rapid test result is negative. Other flu tests are called “rapid molecular assays” that detect genetic material of the virus. Rapid molecular assays produce results in 15-20 minutes and are more accurate than RIDTs. In addition, there are several more-accurate and sensitive flu tests available that must be performed in specialized laboratories, such as those found in hospitals or state public health laboratories. All of these tests require that a health care provider swipe the inside of your nose or the back of your throat with a swab and then send the swab for testing. Results may take one hour or several hours.

How well can rapid tests detect the flu?

During an influenza outbreak, a positive rapid flu test is likely to indicate influenza infection. However, rapid tests vary in their ability to detect flu viruses, depending on the type of rapid test used, and on the type of flu viruses circulating. Also, rapid tests appear to be better at detecting flu in children than adults. This variation in ability to detect viruses can result in some people who are infected with the flu having a negative rapid test result. (This situation is called a false negative test result.) Despite a negative rapid test result, your health care provider may diagnose you with flu based on your symptoms and their clinical judgment.

Now you know what the flu is from Part I, in Part II  you know the treat- ments, the strategies and the best prevention of the flu and lastly today in Part III the facts on the flu!  Remember its on a up rise now so do all you can in preventing it for your health!

“Recommended is that just about everyone get the flu shot: kids 6 months to 19 years of age, pregnant women, people 50 and up, and people of any age with compromised immune systems.   The shot (vaccine) is beneficial.”

The U.S. Centers for Disease Control and Prevention (CDC)

“Since the holidays  an explosion in influenza (FLU) throughout the country.  Right now, as hospitals nationwide are “bulging” with influenza patients, the patients most typically sweating it out in backed-up waiting rooms are over 65. This group, he says, is hardest hit by the season’s more severe prevailing strain; they tend to develop the most serious complications of the respiratory virus, including pneumonia.  ” 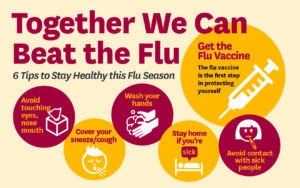 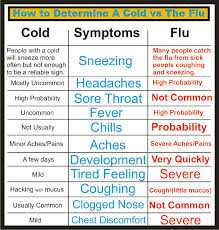 LET’S  FIGHT THE WINTER BUGS. HOW CONTAGIOUS ARE THESE BUGS & WHAT ARE THEIR SYMPTOMS.

People infected with an influenza or cold virus become contagious 24 hours after the virus enters the body (often before symptoms appear). Adults remain infectious (can spread the virus to others) for about 6 days, and children remain infectious for up to 10 days. Factors that may increase the risk of catching a cold are fatigue, emotional stress, smoking, mid-phase of the menstrual cycle, and nasal allergies. Factors that do not increase the risk of catching a cold include cold body temperature (Example being out in the cold or enlarged tonsils). General health status and eating habits do in that they have impact on your immunity and “fight or flight” in fighting off infection as opposed to getting sick due to a healthy body overall.

Watch for flu symptoms and in comparison here with the cold symptoms when trying to decipher what you have before going to the doctor.  Signs and symptoms (S/S):

Flu s/s=High Fever lasting 3 to 4 days, prominent headache,  general aches and pains which are often and severe, fatigue & weakness that lasts up to 2-3 wks., extreme exhaustion-early & prominent chest discomfort, cough-common & severe at times.  *Note weakness and tiredness can last up to a few weeks with the Flu.

Common symptom: Stuffy nose is present, a common symptom for children is diarrhea and vomiting.

Regarding cold symptoms also be aware for these specifics, which include:

**Know several hundred different viruses may cause your cold symptoms. A virus cannot be treated with an antibiotic since antibiotics can only fight off bacterial infections.*

Now let’s review what we know now, which is the common cold and the types of flu (Types A,B, and C), we know their symptoms (the cold versus the flu), we even know  The Flu statistics of how many are affected yearly with what complications can arise, based on Part 1 and part of Part 2.   The most important part of this article is letting my readers know or be aware of factors in prevention.

Let’s prepare ourselves in knowing factors for prevention of these 2 BUGS THE COLD and THE FLU (particularly) with knowing what to do when you or someone in the home has it.

The biggest factor in prevention of the COMMON COLD or THE FLU is living out your life utilizing great healthy habits and that would be washing your hands with soap and water often, especially:

“Pneumonia is an infection that inflames the air sacs in one or both lungs. The air sacs may fill with fluid or pus (purulent material), causing cough with phlegm or pus, fever, chills, and difficulty breathing. A variety of organisms, including bacteria, viruses and fungi, can cause pneumonia.”

“Irritable bowel syndrome (IBS) is a common disorder that affects the large intestine. Signs and symptoms include cramping, abdominal pain, bloating, gas, and diarrhea or constipation, or both. IBS is a chronic condition that you’ll need to manage long term.” 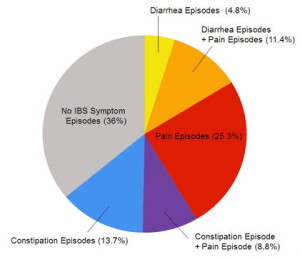 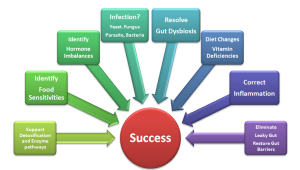 Even though signs and symptoms are uncomfortable, IBS — unlike ulcerative colitis and Crohn’s disease, which are forms of inflammatory bowel disease — doesn’t cause changes in bowel tissue or increase your risk of colorectal cancer.

Only a small number of people with irritable bowel syndrome have severe signs and symptoms. Some people can control their symptoms by managing diet, lifestyle and stress. Others will need medication and counseling.

The epithelial layer, or lining, of the large intestine controls the amount of fluid in the bowel. In IBS, there appears to be a disruption in the function of fluid absorption. This can result in excessive fluid in the colon, which causes diarrhea and watery stools. Or, if the lining of the colon absorbs too much fluid from the colon contents, the stool may become dry, leading to constipation.

“Gender is an extremely salient risk factor, even controlling for differences in the type of events that are experienced by men compared to women. A consistent finding has been that the preva­lence of PTSD is almost twice as high in women as it is in men.  Lower levels of education and income, and being divorced or widowed are risk factors PTSD.”
National Center for PTSD – RISK FACTORS FOR PTSD
Sarah L. Halligan, Ph.D., Rachel Yehuda, Ph.D. at Mount Sinai School of Medicine New York, New York

“PTSD is diagnosed after a person experiences symptoms for at least one month following a traumatic event. However symptoms may not appear until several months or even years later.”