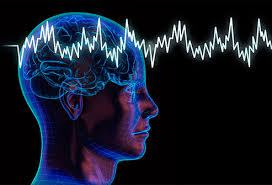 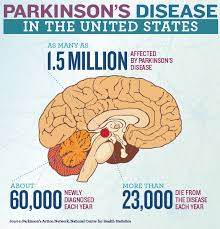 Parkinson Disease (PD) is a chronic and progressive movement disorder, meaning that symptoms continue and worsen over time. Nearly one million people in the US are living with Parkinson’s disease. The cause is unknown, and although there is presently no cure, there are treatment options such as medication and surgery to manage its symptoms.

Parkinson’s involves the malfunction and death of vital nerve cells in the brain, called neurons. Parkinson’s primarily affects neurons in an area of the brain called the substantia nigra. Some of these dying neurons produce dopamine, a chemical that sends messages to the part of the brain that controls movement and coordination. As PD progresses, the amount of dopamine produced in the brain decreases, leaving a person unable to control movement normally.

There are three types of Parkinson’s disease and they are grouped by age of onset:

1-Adult-Onset Parkinson’s Disease – This is the most common type of Parkinson’s disease. The average age of onset is approximately 60 years old. The incidence of adult onset PD rises noticeably as people advance in age into their 70’s and 80’s.

Parkinson’s disease can significantly impair quality of life not only for the patients but for their families as well, and especially for the primary caregivers. It is therefore important for caregivers and family members to educate themselves and become familiar with the course of Parkinson’s disease and the progression of symptoms so that they can be actively involved in communication with health care providers and in understanding all decisions regarding treatment of the patient.

Knowledge is Critical when Dealing with a Life-Altering Condition such as Parkinson’s Disease and being able to make the changes to last longer and at your optimal level of functioning! First step is accept you have it!

If you or a loved one has been diagnosed with Parkinson’s disease, it’s critical to learn everything you possibly can about this condition so that you can make informed decisions about your treatment. That’s why we created the Medifocus Guidebook on Parkinson’s Disease, a comprehensive 170 page patient Guidebook that contains vital information about Parkinson’s disease that you won’t find anywhere in a single source.

The Medifocus Guidebook on Parkinson’s Disease starts out with a detailed overview of the condition and quickly imparts fundamentally important information about Parkinson’s disease, including:

The theories regarding the underlying causes of Parkinson’s disease.

What Are the Possible Risk factors that can be a cause of Parkinson’s Disease?

The Parkinson’s Disease Foundation notes that even after decades of intense study, the causes of Parkinson’s disease are not really understood. However, many experts believe that the disease is caused by several genetic and environmental factors, which can vary in each person.

In some patients, genetic factors could be the primary cause; but in others, there could be something in the environment that led to the disease. Scientists have noted that aging is a key risk factor. There is a 2-4% risk for developing the disease for people over 60. That is compared to 1-2% risk in the general population.

Some scientists believe that PD can result from overexposure to environmental toxins, or injury. Research by epidemiologists has identified several factors that may be linked to PD. Some of these include living in rural areas, drinking well water, pesticides and manganese.

Some studies have indicated that long term exposure to some chemicals could cause a higher risk of PD. These include the insecticides permethrin and beta-hexachlorocyclohexane (beta-HCH), the herbicides paraquat and 2,4-dichlorophenoxyacetic acid and the fungicide maneb. In 2009, the US Veterans Affairs Department stated that PD could be caused by exposure to Agent Orange.

We should remember that simple exposure to a single toxin in the environment is probably not enough to cause PD. Most people who are exposed to such toxins do not develop PD.