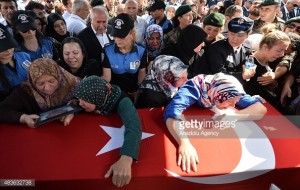 People are often confronted with feelings of disappointment, frustration and anger as they interact with government officials, co-workers, family and even fellow commuters to people just in society. Most can control their actions to the extent that relatively few of these interactions end in a radical action like being racist to violence.

What help build a individuals feelings to turn out in a negative result (like bullying someone to protesting to worse rioting to violence or killing) is factors.

First let’s look at what turns anger into action? The answer to this is mostly cognitive control or to use a less technical term, self-control.   University of Michigan professor of social psychology, Richard Nisbett, the world’s greatest authority on intelligence, plainly said that he’d rather have his son being high in self-control than intelligence, one year ago. Self-control is the key to a well-functioning life, because our brain makes us easily [susceptible] to all sorts of influences. Watching a movie showing violent acts predisposes us to act violently. Even just listening to violent rhetoric makes us prone or more inclined to be violent. Ironically, the same mirror neurons that make us empathic make us also very vulnerable to all sorts of influences. This is why control mechanisms are so important. If you think about it, there must be control mechanisms for mirror neurons. Mirror neurons are cells that fire when you grab a cup of coffee (to give you an example) as well as when you see someone else grabbing a cup of coffee. So, how come you don’t imitate all the time? The idea is that there are systems in the brain that help us by imitating only “internally”—they dampen the activity of mirror neurons when we simply watch, so that we can still have the sort of “inner imitation” that allows us to empathize with others, without any overt imitation. The key issue is the balance of power between these control mechanisms that we call top-down—because they are all like executives that control from the top down to the employees—and bottom-up mechanisms, in the opposite direction, like mirror neurons. This is whereby perception—watching somebody making an action—influences decisions—making the same action ourselves.

When angry human beings act violently and aggressively, other caring and compassionate human beings sometimes tell them that they are acting like animals. Given the level of violence in the contemporary world, I would not be surprised to hear of some kind animals saying to other cruel animals that they were acting like humans. Eric Fromm in his famous book The Anatomy of Human Destructiveness shares his insight that animals express benign violence—they kill only in self defense or when they are hungry. Even a lion is peaceful when he is not hungry and does not feel threatened. On the other hand, humans are worse than animals as they exhibit malignant violence—they add a series of meanings to their violence. They justify their violent crimes and rationalize their aggressive acts. Such justifications are also presented by social groups, political institutions and religious organizations. In communities, cultures and countries where capital punishment is allowed, when one human kills another human, the entire society commits the same crime by killing the killer. “Do human beings individually or collectively have the right to kill other human beings?” is a vital question for the evolution of humanity. Such killings are usually justified by the age old saying “an eye for an eye”. Over the centuries many wise men and women have observed that if we act on this belief, within a short time half of the village will be blind.