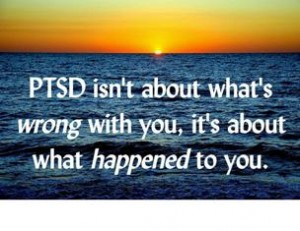 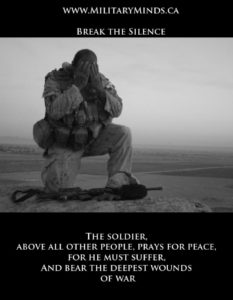 Many risk factors revolve around the nature of the traumatic event itself.

Traumatic events are more likely to cause PTSD when they involve a severe threat to your life or personal safety: the more extreme and prolonged the threat, the greater the risk of developing PTSD in response. Intentional, human-inflicted harm—such as rape, assault, and torture— also tends to be more traumatic than “acts of God” or more impersonal accidents and disasters. The extent to which the traumatic event was unexpected, uncontrollable, and inescapable also plays a role.

Women’s changing role in our military

A growing number of women are serving in the US military. In 2008, 11 of every 100 Veterans (or 11%) from the Afghanistan and Iraq military operations were women. These numbers are expected to keep rising. In fact, women are the fastest growing group of Veterans.

What stressers do women face in the military?

Here are some stressful things that women might have gone through while deployed:

-Feeling Alone. In tough military missions, feeling that you are part of a group is important.

-Worrying About Family. It can be very hard for women with young children or elderly parents to be deployed for long periods of time. Service members are often given little notice. They may have to be away from home for a year or longer. Some women feel like they are “putting their lives on hold.”

Because of these stressors, many women who return from deployment have trouble moving back into civilian life. While in time most will adjust, a small number will go on to have more serious problems like PTSD.

How many women Veterans have PTSD?

Among women Veterans of the conflicts in Iraq and Afghanistan, almost 20 of every 100 (or 20%) have been diagnosed with PTSD. We also know the rates of PTSD in women Vietnam Veterans. An important study found that about 27 of every 100 female Vietnam Veterans (or 27%) suffered from PTSD sometime during their postwar lives. To compare, in men who served in Vietnam, about 31 of every 100 (or 31%) developed PTSD in their lifetime.

What helps? Research shows that high levels of social support after the war were important for those women Veterans.

What can you do to find help for women or men with PTSD?

If you are having a hard time dealing with your wartime memories, there are a number of things that you can do to help yourself. There are also ways you can seek help from others.

Don’t let PTSD get in the way of your life, hurt your relationships, or cause problems at work or school.

Learn what treatment is like to help you make choices about what’s best for you.

If you suspect that you or a loved one has post-traumatic stress disorder (PTSD), it’s important to seek help right away. The sooner PTSD is confronted, the easier it is to overcome. If you’re reluctant to seek help, keep in mind that PTSD is not a sign of weakness, and the only way to overcome it is to confront what happened to you and learn to accept it as a part of your past.

When looking for a therapist for post-traumatic stress disorder (PTSD), seek out mental health professionals who specialize in the treatment of trauma and PTSD. You can start by asking your doctor if he or she can provide a referral to therapists with experience treating trauma. You may also want to ask other trauma survivors for recommendations, or call a local mental health clinic, psychiatric hospital, or counseling center.