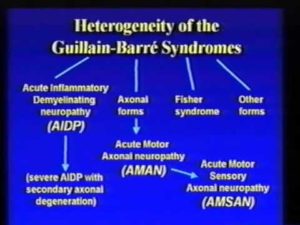 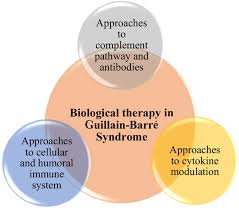 Guillain-Barre syndrome affects your nerves. Because nerves control your movements and body functions, people with Guillain-Barre may experience:

Once thought to be a single disorder, Guillain-Barre syndrome is now known to occur in several forms. The main types are:

Call your doctor if you have mild tingling in your toes or fingers that doesn’t seem to be spreading or getting worse. Seek emergency medical help if you have any of these severe signs or symptoms:

Guillain-Barre syndrome is a serious condition that requires immediate hospitalization because it can worsen rapidly. The sooner appropriate treatment is started, the better the chance of a good outcome.

Guillain-Barre syndrome can be difficult to diagnose in its earliest stages. Its signs and symptoms are similar to those of other neurological disorders and may vary from person to person.

Your doctor is likely to start with a medical history and thorough physical examination.

Your doctor may then recommend:

There’s no cure for Guillain-Barre syndrome. But two types of treatments can speed recovery and reduce the severity of the illness:

These treatments are equally effective. Mixing them or administering one after the other is no more effective than using either method alone.

You also are likely to be given medication to:

People with Guillain-Barre syndrome need physical help and therapy before and during recovery.