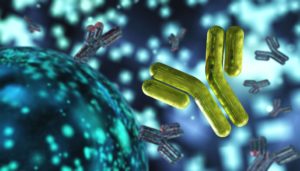 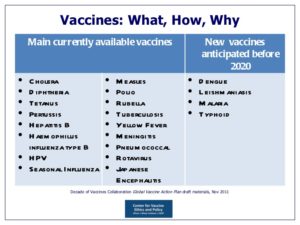 National Immunization Awareness Month (NIAM) is an annual observance held in August to highlight the importance of vaccination for people of all ages. NIAM was established to encourage people of all ages to make sure they are up to date on the vaccines recommended for them. Communities have continued to use the month each year to raise awareness about the important role vaccines play in preventing serious, sometimes deadly, diseases.

Diseases that vaccines prevent can be dangerous, or even deadly if not prevented via a vaccine.  Understand ALL vaccines greatly reduce the risk of infection by working with
the body’s natural defenses to safely develop immunity to disease.
Also to understand how vaccines work, it is helpful to first look at how the body fights illness in more detail. When germs, such as bacteria or viruses, invade the body, they attack and multiply. This invasion is called an infection, and the infection is what causes the illness. The immune system uses several tools to fight infection. Blood contains red blood cells, for carrying oxygen to tissues and organs, and white blood cells or immune cells, for fighting infection. These white blood cells consist
primarily of B-lymphocytes, T-lymphocytes, and macrophages:
In simpler terminlology this means building antibodies to the diseases or eating up the disease or fighting the disease that spread in the body but getting it under control (meaning killing it off).  So vaccines fight off and prevent infection from growing in the human body including in our dog or cat (Ex. rabies vaccine for example).
How is this done, well let us explain:
•Macrophages-  are white blood cells that swallow up and digest
germs, plus dead or dying cells. The macrophages leave behind
parts of the invading germs called antigens. The body identifies
antigens as dangerous and stimulates the body to attack them.
•Antibodies- attack the antigens left behind by the macrophages.
Antibodies are produced by defensive white blood cells called
B-lymphocytes.
•T-lymphocytes- are another type of defensive white blood cell. They attack cells in the body that have already been infected.
The first time the body encounters a germ, it can take several days to make and use all the germ-fighting tools needed to get over the infection. After the infection, the immune system remembers what it learned about how to protect the body against that disease.
The body keeps a few T-lymphocytes, called memory cells that go
into action quickly if the body encounters the same germ again. When the familiar antigens are detected, B-lymphocytes produce antibodies to attack them.
Vaccines help develop immunity by imitating an infection. This type of infection, however, does not cause illness, but it does cause the immune system to produce T-lymphocytes and antibodies. Sometimes, after getting a vaccine, the imitation infection can cause minor symptoms, such as fever. Such minor symptoms are normal
and should be expected as the body builds immunity. Once the imitation infection goes away, the body is left with a supply of “memory” T-lymphocytes, as well as B-lymphocytes that will remember how to fight that disease in the future. However, it
typically takes a few weeks for the body to produce T-lymphocytes and B-lymphocytes after vaccination.
Therefore, it is possible that a person who was infected with a disease just before or just after vaccination could develop symptoms and get a disease, because the vaccine has not had enough time to provide protection.

Scientists take many approaches to designing vaccines. These approaches are based on information about the germs (viruses or bacteria) the vaccine will prevent, such as how it infects cells and how the immune system responds to it. Practical considerations, such as regions of the world where the vaccine would be used, are also important because the strain of a virus and environmental conditions, such as temperature and risk of exposure, may be different in various parts of the
world. The vaccine delivery options available may also differ geographically. Today there are five main types of vaccines that infants and young children commonly receive:
•Live, attenuated vaccines fight viruses. These vaccines contain a version of the living virus that has been weakened so that it does not cause serious disease in people with healthy immune systems. Because live, attenuated vaccines are the closest thing to a natural infection, they are good teachers for the immune system.
Examples of live, attenuated vaccines include measles, mumps, and rubella vaccine (MMR) and varicella (chickenpox) vaccine.
•Inactivated vaccines also fight viruses. These vaccines are made by inactivating, or killing, the virus during the process of making the vaccine. The inactivated polio vaccine is an example of this type of vaccine. Inactivated vaccines produce immune responses in different ways than live, attenuated vaccines. Often, multiple doses are necessary to build up and/or maintain immunity.
•Toxoid vaccines prevent diseases caused by bacteria that produce
toxins (poisons) in the body. In the process of making these
vaccines, the toxins are weakened so they cannot cause illness.
Weakened toxins are called toxoids. When the immune system
receives a vaccine containing a toxoid, it learns how to fight off
the natural toxin. The DTaP vaccine contains diphtheria and
tetanus toxoids.
•Subunit vaccines include only parts of the virus or bacteria, or subunits, instead of the entire germ. Because these vaccines contain only the essential antigens and not all the other molecules that make up the germ, side effects are less common. The pertussis (whooping cough) component of the DTaP vaccine is an example of a subunit vaccine.
•Conjugate vaccines fight a different type of bacteria. These bacteria have antigens with an outer coating of sugar-like substances called polysaccharides. This type of coating disguises the antigen, making it hard for a young child’s immature immune system to recognize it and respond to it. Conjugate vaccines are effective for these types of bacteria because they connect (or conjugate) the polysaccharides to antigens that the immune system responds to very well. This linkage helps the immature immune system react to the coating and develop an immune response. An
example of this type of vaccine is the Haemophilus influenzae type B (Hib) vaccine.
Vaccines that require more than one dose.
There are four reasons that babies—and even teens or adults for that
matter—who receive a vaccine for the first time may need more
than one dose or every year like the flu shot or every 5 years like pneumonia shot:
•For some vaccines (primarily inactivated vaccines), the first dose does not provide as much immunity as possible. So, more than one dose is needed to build more complete immunity. The vaccine that protects against the bacteria Hib, which causes meningitis, is a good example.
•In other cases, such as the DTaP vaccine, which protects against diphtheria, tetanus, and pertussis, the initial series of four shots that children receive as part of their infant immunizations helps them build immunity. After a while, however, that immunity begins to wear off. At that point, a “booster ” dose is needed to bring immunity levels back up. This booster dose is needed at 4 years through 6 years old for DTaP. Another booster against these diseases is needed at 11 years or 12 years of age. This booster for older children—and teens and adults, too—is called Tdap.
•For some vaccines (primarily live vaccines), studies have shown that more than one dose is needed for everyone to develop the best immune response. For example, after one dose of the MMR vaccine, some people may not develop enough antibodies to
fight off infection. The second dose helps make sure that almost everyone is protected.
•Finally, in the case of the flu vaccine, adults and children (older than 6 months) need to get a dose every year. Children 6 months through 8 years old who have never gotten the flu vaccine in the past or have only gotten one dose in past years need two doses
the first year they are vaccinated against flu for best protection. Then, annual flu shots are needed because the disease-causing viruses may be different from year to year. Every year, the flu vaccine is designed to prevent the specific viruses that experts
predict will be circulating.
The Bottom Line Some people believe that naturally acquired immunity—immunity
from having the disease itself—is better than the immunity provided by vaccines. However, natural infections can cause severe complications and be deadly. This is true even for diseases that most people consider mild, like chickenpox. It is impossible to predict who will get serious infections that may lead to hospitalization. Vaccines, like any medication, can cause side effects. The most common side effects are mild. However, many vaccine-preventable disease symptoms can be serious, or even deadly. Although many of these diseases are rare in this country, they do circulate around the world and can be brought into the U.S., putting unvaccinated children at risk.

Even with advances in health care, the diseases that vaccines prevent can still be very serious – and vaccination is the best way to prevent them; Including COVID!