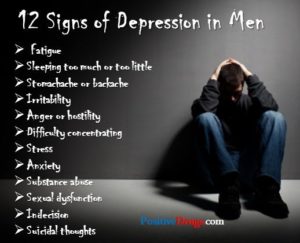 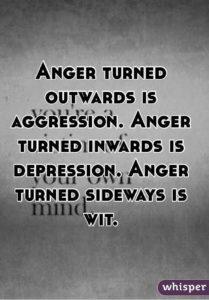 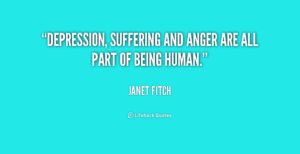 Depression Vs. Anger — What does it all mean and What do I do?

Getting the blues  or down in the dumps now and than in one thing but staying in the blues or down in the dumps just sinking deeper over a long period of time can be diagnosed as clinical depression. Clinical depression presents many forms and symptoms. It is not something just to be brushed off, assuming it will rectify itself in a while. One of the most common symptoms noted when a person suffers from clinical depression is anger. Whether it’s uncontrollable anger toward oneself or outward aggression toward others, it’s clinically proven that depression and anger run hand in hand.

Do you find yourself feeling angry more often than usual, or more often than not, depression could be to blame. Anger is a common symptom of depression, which can lurk beneath the surface of any man, woman, or child as well.

Depressive disorders come in many different types, but each type has its own unique symptoms and treatments. Major depression, the most common type of a depressive disorder, is characterized by a combination of symptoms (see symptom list) that interfere with the ability to work, study, sleep, eat, and enjoy once pleasurable activities. Such a disabling episode of depression may occur only once but more commonly occurs several times in a lifetime. Mental health professionals use this checklist of specific symptoms to determine whether major depression exists or not. Depression is also rated by your diagnosing physician or mental health professional in terms of its severity — mild, moderate, or severe. Severe depression is the most serious type. A less severe type of depression, dysthymia, involves long-term, chronic symptoms that do not disable, but keep one from functioning well or from feeling good. Many people with dysthymia also experience major depressive episodes at some time in their lives. Another type of depression is experienced as a part of bipolar disorder, also called manic-depressive illness. Not nearly as prevalent as other forms of depressive disorders, bipolar disorder is characterized by cycling mood changes: severe highs (mania) and lows (depression). Sometimes the mood switches are dramatic and rapid, but most often they are gradual. When in the depressed cycle, an individual can have any or all of the symptoms of a depressive disorder. When in the manic cycle, the individual may be overactive, overtalkative, and have a great deal of energy. Mania often affects thinking, judgment, and social behavior in ways that cause serious problems and embarrassment. For example, the individual in a manic phase may feel elated, full of grand schemes that might range from unwise business decisions to romantic sprees

Numerous risk factors can lead to feelings of depression and anger in an individual. Some of these risk factors include but are not limited to: loneliness, financial strain, unemployment, alcohol or drug abuse, marital or family problems, or lack of a social support network. Depression and anger can also be influenced by childhood trauma, or it can be hereditary.

Not everyone who is depressed or manic experiences every symptom. Some people experience a few symptoms, some many. Severity of symptoms varies with individuals and also varies over time.